What goes into creating a character for a book? We can talk all day about characteristics, figuring out what kind of cast will serve a book best, and then still being surprised when your planned villain doesn’t want to be as evil as you expected, or the random side character you put into a scene as a throwaway becomes part of the major plot. Characters can definitely have a mind of their own, and we, as authors, in the same way as parents, really have little control over how they turn out.

But today, my main focus is more on the character’s physical design, which is actually a lot more important than you might think. There’s a lot of things that go into the visual design of your character that can affect the story itself. I’m approaching this topic as both a writer and an artist. I love drawing my own characters, and it can take just as many drafts as a story itself. My goal with this post today is to help writers think about their own character designs. For the artists among you, I hope this might help you streamline the process a little, and for the non-artists, this might also help you give a more detailed description in your stories or even when commissioning art from other people.

First, we start with the general appearance of the character. I usually use these blanks: Name (of course), Age, Eye Color, Hair Color, Ethnicity, Distinguishing Features (like if your character has a scar, always wears a certain necklace, or something else that is unique about them.) I’ll usually then follow this up with a short character description, and backstory which is also very important. Backstory can often determine how your character acts, dresses, even their features in some ways. Do they have a traumatic backstory? Were they born in a different country? Do they have a specific accent or mannerism? Why is that? This isn’t even all stuff that you ever have to use in the story itself, but it’s good to know. For example, it took me a while before I knew why Sebastian wore eyeliner, but I never wrote that into the book either because that wasn’t really important to the storyline.

Clothing is also very important to think about. Obviously, you’re probably not going to put your medieval fantasy hero in jeans (unless that’s part of the aesthetic you’re going for!) But say you want to write a steampunk novel. You can look up Victorian fashion to get ideas and then modify the outfits the way you want. Is your character an orphan, are they from the upper classes? Are they more nomadic? If you’re writing a historical novel, it’s a good idea to research the period’s clothing so that you can accurately imagine what your character’s clothes and hairstyles might be like. How well would they be able to move in it? A fantasy sword fighter? They can 100% have a cool coat, but maybe consider designing it so that the sleeves are detached at the armpits or there’s a slit in the back for better movement. Practical and aesthetically pleasing. Want something futuristic? Come up with your own materials. I had a fun time thinking about bulletproof materials for everyone’s coats in The New Emperor’s Concerto. Jack and Sebastian might want to ask the British about that at some point.

Do you ever have the issue with pinning down exactly what your character looks like? It can take a while. For me, I either have a solid idea via some pre-existing reference, or it takes me a little bit to actually come up with the character’s looks. This is why I love being able to draw my characters myself, because it helps me go through designs that just don’t work. My advice to artists who want to come up with a character design is just do stream of consciousness sketches until you find something you like. They don’t have to be detailed, in fact, vague shapes are often better, and eventually you’ll figure something out.

For example, here is the complete evolution of Jack and Sebastian’s character designs from my very first one, to the finalized character art: 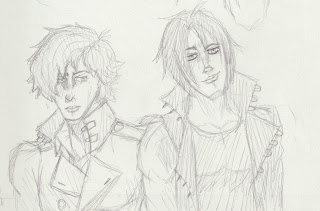 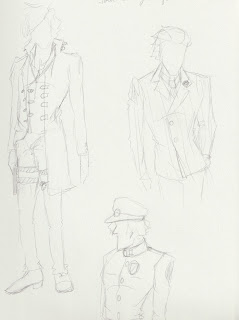 Some outfit designs I did not entirely keep 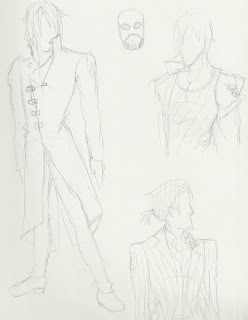 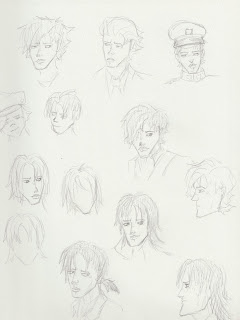 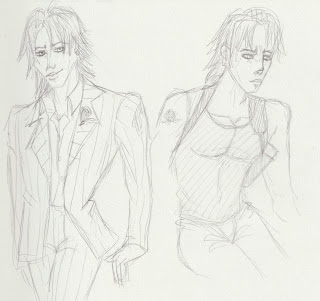 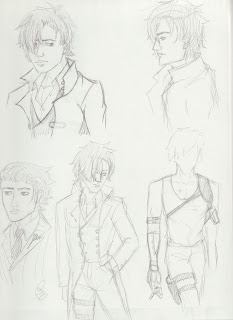 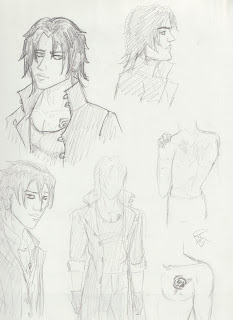 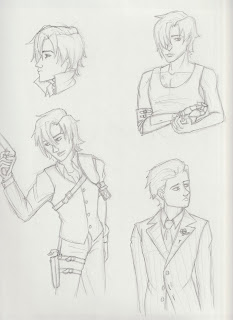 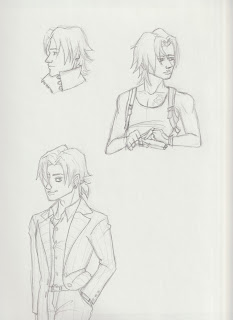 And of course, the final colored art 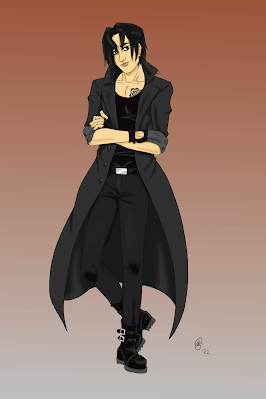 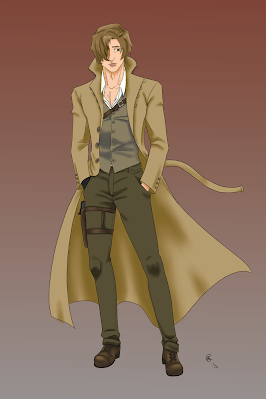 So that’s a brief example of how I go about designing my characters. I really think having visuals, even if it’s just a Pinterest board makes for a richer experience and also helps ease the way for descriptions that will help the reader to better see what you do when you’re writing.

If you have any questions about character design, drop them below!