Review: A Is For Apple (A Snow White Anthology) 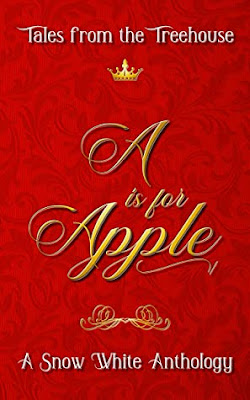 This is a super fun and very unique collection of Snow White retellings! I thought I would do a short review on each of the stories in this anthology:

The Poet’s Missing Daughter (Phoenix Xiao): I really liked the Chinese setting to this one, I thought that made for an interesting basis for a Snow White story. I also really liked the investigative narrative; again, very unique feel. Also loved Lotus! It was a bit of a vague retelling, and I might not have recognized it as a Snow White story reading it by itself, but I still enjoyed it a lot.

The Kingdom of the Mirror (Julian Barr): This was a really cool retelling. I liked seeing Snow White written as a high fantasy and was also intrigued by the fact it was told from the Queen’s perspective. This actually made her into a rather sympathetic character over all since we got a background and reason for her motives. Would really be intrigued to see where the story went from here.

Snow White and the Silent Death (J. W. Atkinson): This was a really cool story because we got some of Snow White’s POV while she was in the coma. The idea that she was in some sort of purgatory during this time where lost souls of those killed by the queen are fighting a constant war was a really interesting and unique concept. Also one that I feel adds a lot to the story and climax and to Snow White’s personality. I really liked Peli and was happy that Snow got to be reunited with her mother again, if only briefly.

Skin Deep (Mark Hood): This was an interesting modern take on Snow White but, ultimately, not my cup of tea. I do like how it read like an exposé but it felt like reading exactly that, like one of the hundreds of exposés that come out of YouTube drama. That being said, it was very realistic because of that and the beauty community is pretty apropos for a Snow White retelling. Good story, well done, just not for me.

The Many Failures of Evil (Marlene Simonette): This was a dark and rather creative retelling. I am also fond of retellings that kind of mix around typical tropes to make a new story and this one turned out very interesting. I especially liked the characters and the cursed nature of the land. Quite a lot of interesting elements went into this one, both in the fantasy aspect and the rather more psychological aspect as well. A Very dark and intriguing story, overall enjoyed it.

A Fruitful Heist (Robyn Sarty): I’m always a fan of heist stories and really enjoyed seeing these elements mixed into a Snow White story. I really liked the modern fusion for this one and the ‘apple’ being the prize for the heist. My only complaint for this one is that I would have liked to see more of it.

Conclusion: Overall, a really fun collection of some genuinely unique retellings of Snow White. I read a lot of retellings so it’s always nice to find ones that still feel fresh. Would definitely recommend this to anyone who loves retellings and is looking for a fun, quick summer read!

Find it on Goodreads
Get a copy on Amazon
Posted by Hazel West at 9:57 PM No comments: