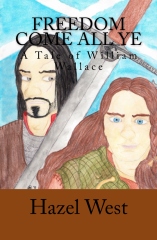 In a time of hardship, a young man becomes a legend.

William Wallace’s uncle always told him that freedom was the best of things, but when his beloved Scotland fell under English rule by the hand of the tyrant Edward Longshanks, he knows that the freedom he thought was sacred is in danger of disappearing forever. When his patriot father is killed in battle, William knows his time has come to stand up and take his place to fight for Scotland. Gathering a small resistance of young men, they hide out in the woods and fight the English occupiers in hit and run warfare.
When William finds out that the man in charge of the English garrison is the man who killed his father, he knows the battle is more personal than he thought it at first. After an attack to some of his friends, his only thought is to track down General Jack Moore and challenge him to combat.


William finds himself caught up in eminent danger at every turn, inevitable capture and even romance with the beautiful Marion Braidfoot. He soon finds that being a leader is not at all as easy as he thought it was in the beginning and endures trial by error in his attempts to keep his comrades safe, all the time trying to keep himself from Jack Moore’s clutches. 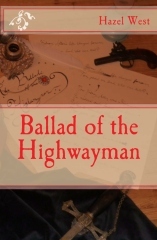 Ballad of the Highwayman

Kilroy Allen grew up as a normal boy in the small English town of Newbury, but when his father, an officer in the Royalist army of King Charles I is set up and accused of betraying his king to Oliver Cromwell, Kilroy's life will change forever. Witness to his father’s execution at the hands of the people the man loyally served, Kilroy knows he will never rest until his father's betrayer is found.

Sixteen years later, Kilroy, now turned highwayman at night and trader Jeremy Glennon by day, is still looking for the man who betrayed his father. Stakes become even higher as he realizes he cannot wed his childhood sweetheart, the lovely and capable Sylvia Davies without first putting his father's case to rest. He sets out to find his hidden enemy once and for all, ready to be free of the events that have haunted his whole life.

With good humor, romance and danger at every turn, Ballad of the Highwayman is a revival of the classic adventure story that readers of all ages will enjoy. 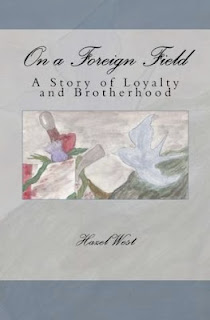 On a Foreign Field

Sir Reeve Montgomery is an Englishman born and bred, proud of his heritage and the right to serve his country fighting against the Scottish rebels. But when the tide is turned unexpectedly during the Battle of Stirling Bridge, he is wounded by an English arrow, left for dead by his comrades, and taken captive by Wallace's army. Wounded, and alone on a foreign field, he knows he should expect nothing but torture and death at the hands of the Scottish rebels who are known to be complete savages.

But as he comes to know this tight brotherhood better, and sees Wallace's utter devotion to his men and the cause of freedom, Reeve begins to wonder whether the English are right to oppress them.

Faced with these troubling thoughts, Reeve must decide whether he will stay true to his king, or join this brotherhood of freedom fighters, thus turning his back on everything he has ever known or believed in.Purchase links 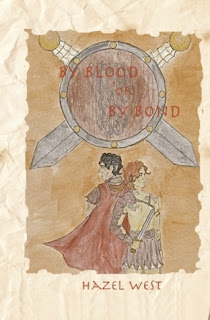 By Blood or By Bond

Backstories on e-book from By Blood or By Bond

To Save a Life
(A Viggo Callias backstory)

This backstory to Hazel West's novel "By Blood and By Bond" is a look into Viggo's character, and introduces the heroes and villains from the novel.

Home Before the Harvest
(A Viggo Callias backstory)

Now a centurion in the Roman army, Viggo Aulus Callias and now his younger foster brother, Hector, find themselves in Germania on duty. He's looking forward to his leave to go back to his wife and see his son for the first time that autumn, but that hope becomes more desperate when he finds that his old enemy, Tribune Amatus, is serving his military term in the same legion.

This is the third and final story is a series of backstories for Hazel West's novel "By Blood or By Bond" about one of many of Viggo and Hector's adventures with the Roman legions. 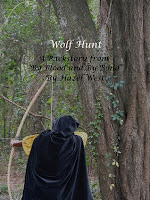 Caolan is the son of a Celtic chieftain in ancient Britain, a warrior and a great hunter. One day, he gets the feeling that someone is watching him from the woods while he hunts and that night he dreams that his best friend and foster brother, Faelan, is killed by a wolf. He can't shake the feeling that his dream might be a vision, knowing his mother possessed the Second Sight, and when wolf attacks begin happening around the village, he worries that Faelan's life might be in danger. As a wolf hunt is organized, and Faelan insists on going, Caolan must decide whether to follow his gut feeling or push it aside as superstition and coincidence. This is the second short story published in a series of backstories featuring the main characters for Hazel West's novel "By Blood and By Bond". 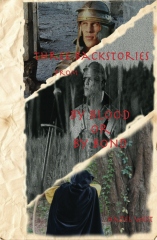 This volume combines all three backstories from By Blood or By Bond in a hardcopy version with exclusive character sketches by the author and three extra mini stories!

Anthony Maxwell Book One: A Case of Poisons 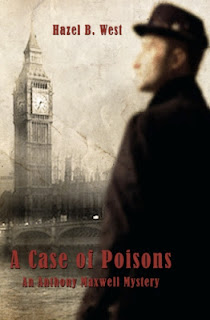 Anthony Maxwell is a private investigator, a consultant for the mostly incompetent inspectors at Scotland Yard, on occasion a writer, and always a lover of coffee. He has been working small cases for several years to pay the bills when he’s introduced to the first multiple murder case of his career early one morning, when a witness catches a man trying to unload a body to bury in a nearby graveyard. Soon the first body is joined by three more in the course of a single morning and Anthony knows this is no ordinary serial murder case. And why is the murderer targeting beggars and urchin children? If that wasn’t cause enough to worry, all the victims are covered with horrible wounds and show signs of exotic poisoning. Anthony, along with his partners Tobias—an ex-broadsman and well-know charmer—and Scamp—a street smart and talented young woman—work to find out who is murdering the helpless beggars and children in such horrifying ways. The first book in this new Victorian steampunk series takes the three companions to the limits of their abilities as they go up against canny murderers, bruisers who appear invincible, anarchist groups, and even ancient British royalty in the biggest case Anthony Maxwell has ever worked in his career.

(Add it to your 'to-read' shelf on Goodreads!)

Do the quiz on Goodreads! http://www.goodreads.com/quizzes/27072-a-case-of-poisons-quiz
Posted by Hazel West at 8:42 PM

Email ThisBlogThis!Share to TwitterShare to FacebookShare to Pinterest
Labels: Anthony Maxwell, Ballad of the Highwayman, By Blood and By Bond, Createspace, ebooks, Freedom Come All Ye, Goodreads, Home Before the Harvest, my books, On a Foreign Field, To Save a Life, Wolf Hunt 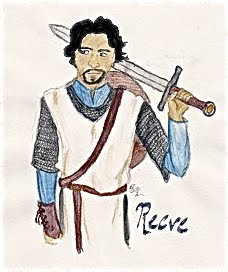 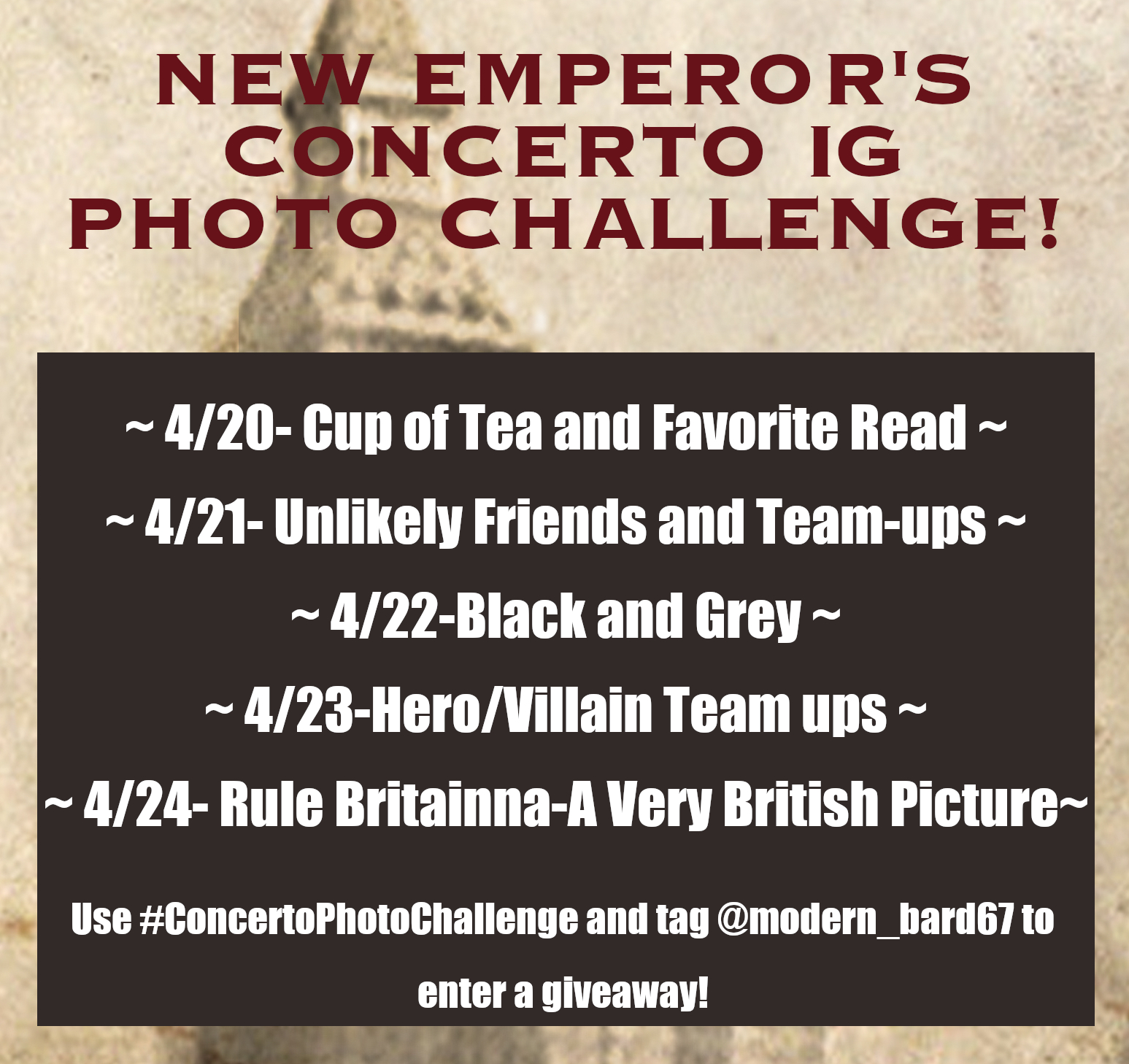