I'm happy to host a tour stop for Bryce Gibson's new book Perennials. Read a little about his writing process in the interview below and check out the book! 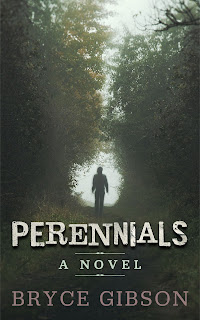 Summer in South Carolina-a time of ripe peaches, crackling bonfires, trips to the lake, and the rural legend of a creature known as the Lizard Man. This year, a very real monster is lurking about. The victims all have one thing in common-they share their names with plants. Soon it becomes apparent that seventeen-year-olds Dusty Miller and Nandina Bush may be next on the killer's list. "That was when I realized that the red I saw in the driveway wasn't blood. It was a scattering of rose petals. Deep down, I knew, right at that very moment, that what all of us had been afraid of for the past several months had already happened. The serial killer had finally made his way to Crow County." - Dusty Miller

What made you get into writing? When did you realize you were a writer?

I’ve been making up stories for as long as I can remember, but the earliest stories that I know for a fact that I actually wrote down were from when I was a young teenager. I still have them. They are short horror stories that I thought were along the lines of the Point Horror books from the early 90s. Mine were handwritten on lined notebook paper, stapled together, and had covers that I drew myself. You can see some of them on my Facebook page.

I think that the structure of storytelling in horror movies has had the overall biggest impact on my desire to write.

How did you come up with ideas for your stories?

The idea for Perennials came to me one day when I was working in my yard. Ideas often come to me this way, out of the blue, doing the things that I enjoy. The initial thought was this--a love story between two teenagers, Dusty Miller and Nandina Bush. Not a minute later I had another thought--what if there is a serial killer that is targeting people that share their names with plants.

I felt very attached to the protagonist, Dusty, from the moment that I started building his character. Most of the book is written in first person, from Dusty’s perspective. To me, he seems like a real person. Aside from Dusty, I like the supporting characters. They are always fun to write.

What are some of your favorite books and authors? What inspires you?

Off the top of my head, a couple of my favorite books are Innocence by Jane Mendelsohn and The Halloween Tree by Ray Bradbury.

What inspires me as a writer? Horror movies. Reading a good book, especially one by a favorite author. Gardening and agriculture. Rural and small-town locales.

What’s your next writing project (If you don’t mind sharing)?

My next book is tentatively titled The Reading Buddy. It is my take on the stalker/obsession sub-genre of horror and thriller stories. It will take place on a farm in South Carolina. A good bit of werewolf folklore will play into it. It’s still in the very early planning stages, but I’m looking forward to writing it.

What is your favorite part of writing?

I like the initial thought process of when the story is unfolding, when my mind is running with the story so fast that there is no way that I can write it down fast enough. Then the technical process of the actual writing takes over. When the book is finally 100% complete and ready to be read by others is the best thing about writing.

What advice would you give to aspiring writers?

Have your book professionally edited, publish it, and start writing another book.

Perennials has a really interesting premise--a serial killer who is killing people because they are names after plants. And overall it has likable characters and is an easy and fast-paced read. I felt invested in the characters, Dusty was a very likable hero and not a bad protagonist. I was easily able to picture setting and enjoyed the descriptions of the setting in the rural south. However, there were quite a lot of description, and in places it slowed the story down. The reader doesn't need to know every description of a room the character is in, or copious amounts of backstory unless it is relevant to the story. A little setting up is okay, but there was almost too much at a lot of points in this book.

I also have to be honest and say I was a bit disappointed in the actual outcome of the case. (view spoiler)

Apart from that though, I still did enjoy the story itself and it kept me reading and guessing which is always important with mysteries.

(Read this review with spoilers on Goodreads) 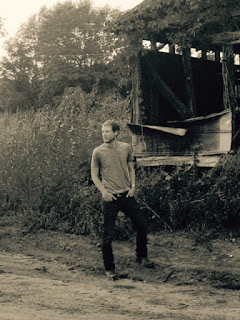 Bryce Gibson writes Southern fiction that takes readers to charming and oftentimes sinister areas of the South, He has a degree in Media Arts from the University of South Carolina, works full-time as a farmer, and lives in South Caroline with his wife and their dog.

Here is my July wrap up and book haul! 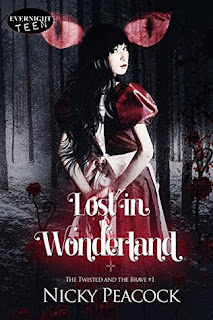 Title/author: Lost In Wonderland (The Twisted and the Brave #1) by Nicky Peacock
Genre: YA, thriller, supernatural, horror
Rating: 3.75/5 stars
Synopsis: Monsters, serial killers, and imaginary friends—being a Wonderlander can be murder...
Once upon a time, Kayla was lost. Then she found Wonderland, but not the one you know. Run by ex-government agents and funded by an eccentric Silicon Valley billionaire, this Wonderland is the name of a collective of highly trained vigilantes who hunt serial killers. Now Kayla, aka Mouse, works tirelessly alongside her fellow Wonderlanders, Rabbit and Cheshire, baiting dangerous murderers. But even her extensive training hasn’t prepared her for the return of her older brother…Shilo has spent most of his life in an insane asylum, convinced his mother was abducted by a sinister Alaskan monster who lures the lost away to feast upon their flesh. And now he’s certain that his sister is in the same monster’s crosshairs. But if Shilo is going to save what’s left of his family, he’ll have to convince his sister that maybe, just maybe, we’re all a little mad.

I received this book for free from the author in exchange for an honest reviewSo, first off, we have the premiss of this book which is hunting serial killers and a possible supernatural flare--two of my favorite things ever! And this book didn't disappoint, it was action packed, and exciting, and held the suspense of the story very well. I loved the illusions of Alice in Wonderland. It's not so much a retelling as a nod to the original story. I'm not really a huge Alice fan myself, but the way it was used in this book was awesome. Mouse was a likable main character, she was strong and did what she needed to do almost callously, to be honest, and it worked. While I kind of find it a little unrealistic that such young people would be able to hunt and kill serial killers so frequently without actually dying or getting caught by authorities, I loved the premiss. Overall it felt like a kind of off-beat version of Criminal Minds which is totally fine by me.I also liked the supernatural aspect of the story, which I think fit in really well with it. I had to look up the Kushtaka lore, because I had never heard of it before, but from what I could tell it was pretty well portrayed. And the whole is the monster real or is it not? gave the story an extra flare of suspense.The only thing I had a problem with is that I wish the story was longer. I really liked what we got to read, but I would have liked more. It read almost like a movie because the chapters were so short they seemed more like scenes, and there wasn't a ton of details given at any one point. The story could easily have been twice as long and not lost any of it's fast pacing. But apart from that, I enjoyed it a lot!Rating: 3.75/5 stars.Recommended for: Fans of dark supernatural/suspense and anyone who wanted a mix of the supernatural with your Criminal Minds Ages 16 and up.