I've got new items in my Etsy shop, Fingal's Cave, and I decided to have a Black Friday sale. If you want Steampunk jewelry, or Sherlock and Hobbit geekery, go check it out! The coupon code is running through Monday and is good for 15% off: BLACKFRIDAY14 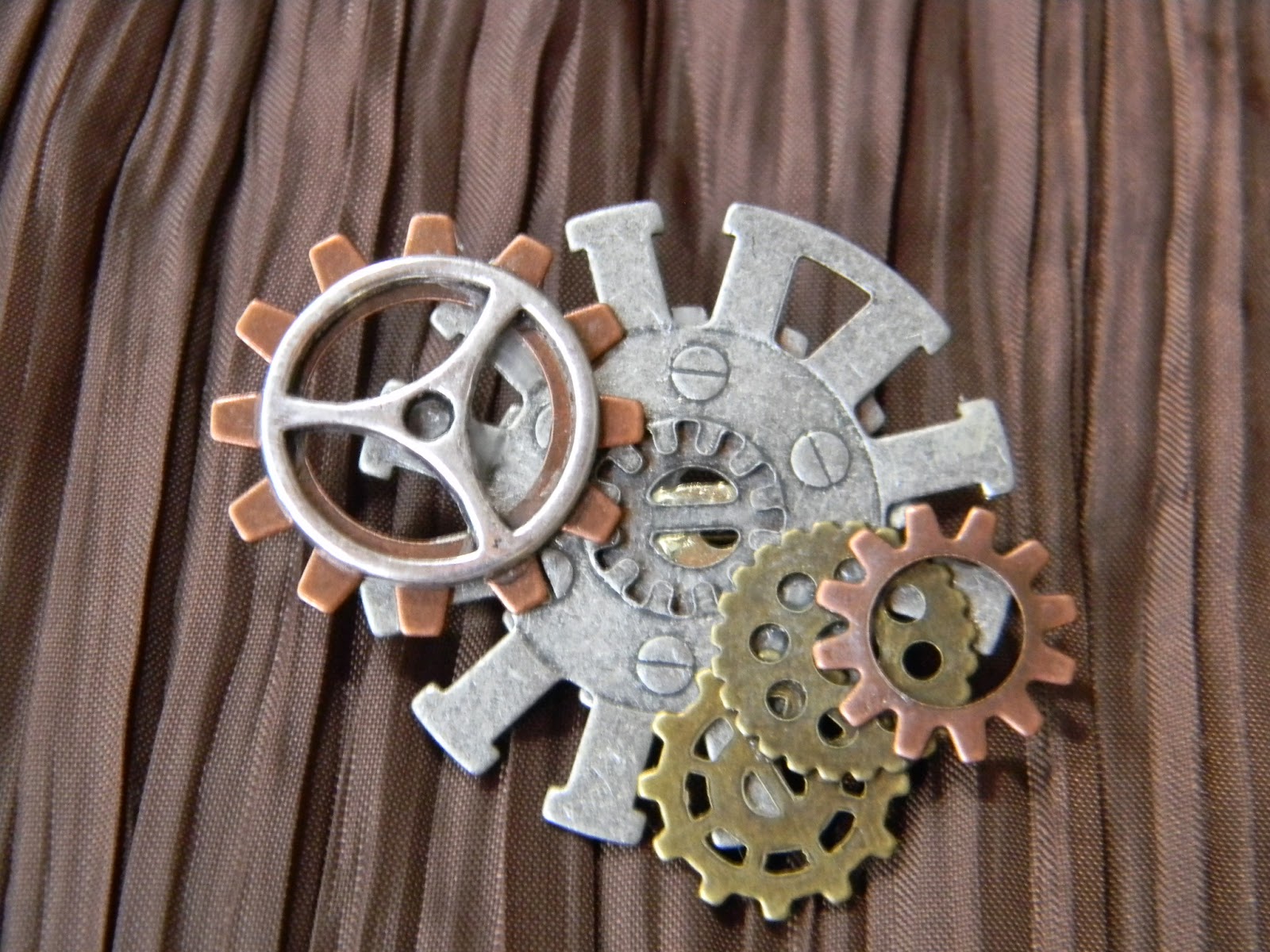 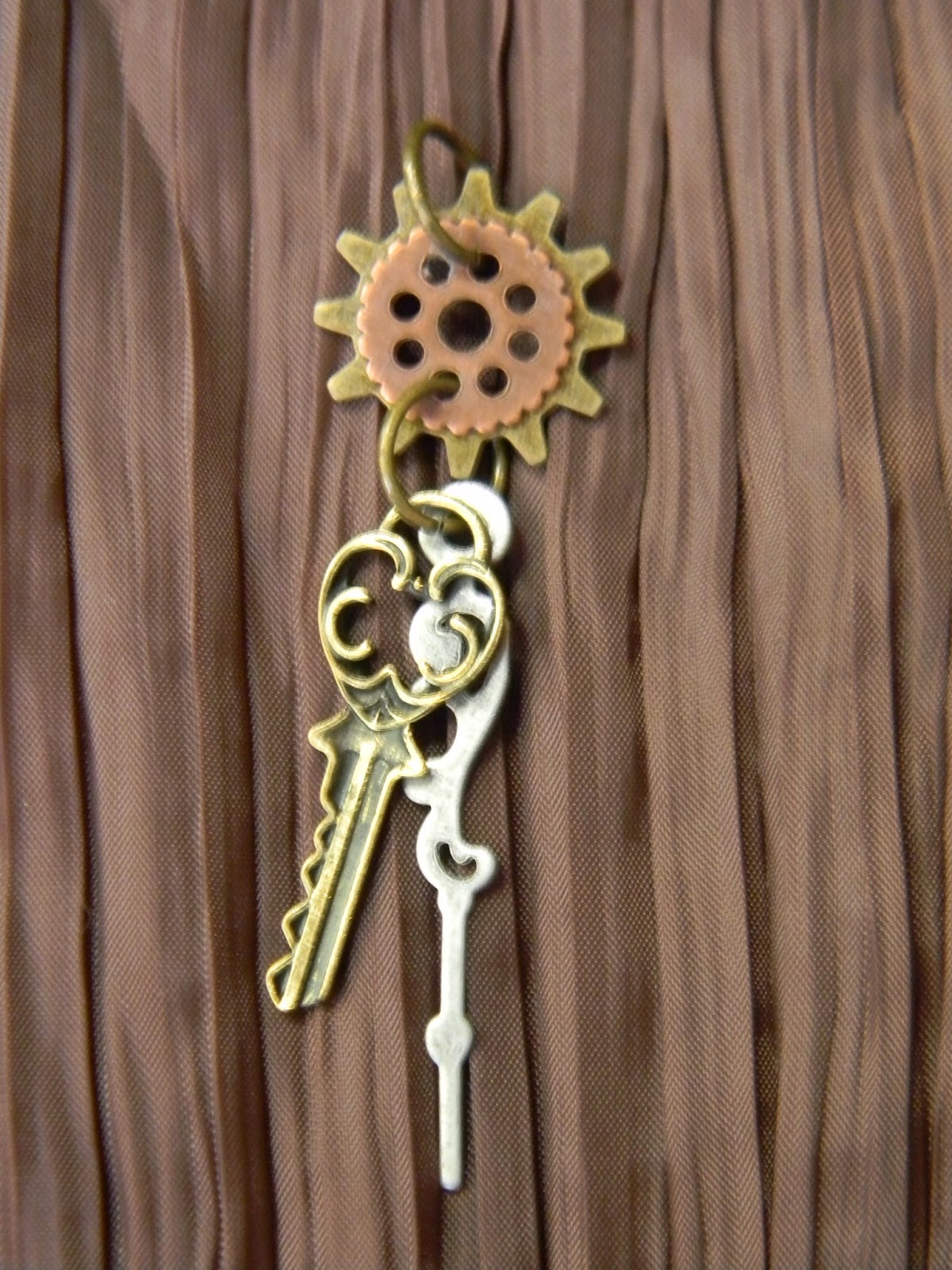 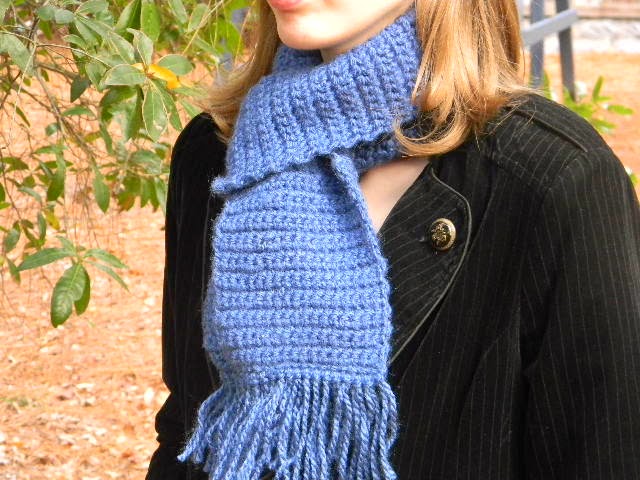 Posted by Hazel West at 8:38 PM No comments:

Email ThisBlogThis!Share to TwitterShare to FacebookShare to Pinterest
Labels: Etsy, Fingal's Cave, sales, stuff I made

Okay so I said I was going to get some snippets and fun stuff up this month to go along with NaNoWriMo, but I guess I didn't, and I apologize for that. I've just hit the ground running this month and it's not going to change until New Years at least, but I do hope to share some more with you about my book Blood Ties between now the the Release Date that should hopefully be sometime in January or February. As an update on NaNo, I am very close to my 50,000, only about 5,000 more to go, so I should be a winner by the end of the weekend! I was hoping to finish the actual novel by the end of the month like last year, but An Earthly King is much longer than Wolfsblood was and I haven't quite even reached the halfway point yet. Oh well.

Anyway, I decided I should post something, so here is a character interview with Ciran Mac Cool, the hero of the story, so you can get to know him better. Thanks to my friend, Abigail, for writing the interview questions for me!

When there isn’t a life-or-death adventure on hand, what do you enjoy doing?

When we’re not on a mission, I’m usually either at home riding, training, or messing around with my siblings, or with my friends out on the town. It’s nice to have some downtime every once in a while.

Were you a pest when you were little?

That depends on who you ask! I don’t think I was too bad, though, comparatively. I had a good big brother to keep me in line!

Does the end justify the means?

That depends on the results the end brings. As a warrior, I know that sometimes one simply had to do what needs to be done, whether it’s just or not. It’s a hard thing to get used to, but it’s part of life.

What makes you angriest?

When something should be done, but no one will step up to do it.

If you had three wishes, what would you wish for?

A peaceful Ireland, good relationships, and many days in the sun.

What is your favorite weapon?

The sword is my preferred weapon. Mine was made by my father who is a master smith.

Haven’t found the right one yet. Don’t really have time for a relationship at the moment anyway.

Do you lean towards reforming or exterminating villains?

I know enough of the world to realize that not everyone can be reformed. If it’s possible, then it is important we try our best, but it’s also important to realize that some people are just evil and sometimes it’s best to consider the loss that would happen if they continued to strive.

I think there’s a bit of both, but I also believe that one can change their fate if they try hard enough.

How do you get along with Miss West?

We get along fine until she tries to emotionally traumatize me or torture me or throw me down a waterfall—yes, that really happened.

How do you take your tea?

I take coffee or chocolate. Tea is no friend to the warrior who must get up early in the morning for tracking!

Who is your hero?

My big brother Aeden will always be my hero.

I drive an Aston Martin Vanquish, and I wouldn’t trade it for the world. Fast, sleek, maneuvers well, and can outrun most enemies.

Are you a night person or a morning person?

I am what I have to be at the moment. I’m not really a morning person, but I have learned to be able to get up early and still be able to function. You do what you have to when you’re out tracking or whatnot.

What would you die for?

I would die for any family member or friend.
Posted by Hazel West at 5:23 PM 2 comments:

Hey everyone! So this weekend, I'm actually going to be doing my first official book signing! A few of my friends and I are going to have a booth at a local craft fair and I'm going to be selling my books as well as some steampunk jewelry and yarn goods from my etsy shop Fingal's Cave.

It's going to be held this Saturday the 8th, in Montverde, FL. If you're close enough, come stop by and see us! Here's some more information of their website: http://mymontverde.com/index.php?option=com_content&task=view&id=29&Itemid=109

Here's some of the stuff I'll be selling: 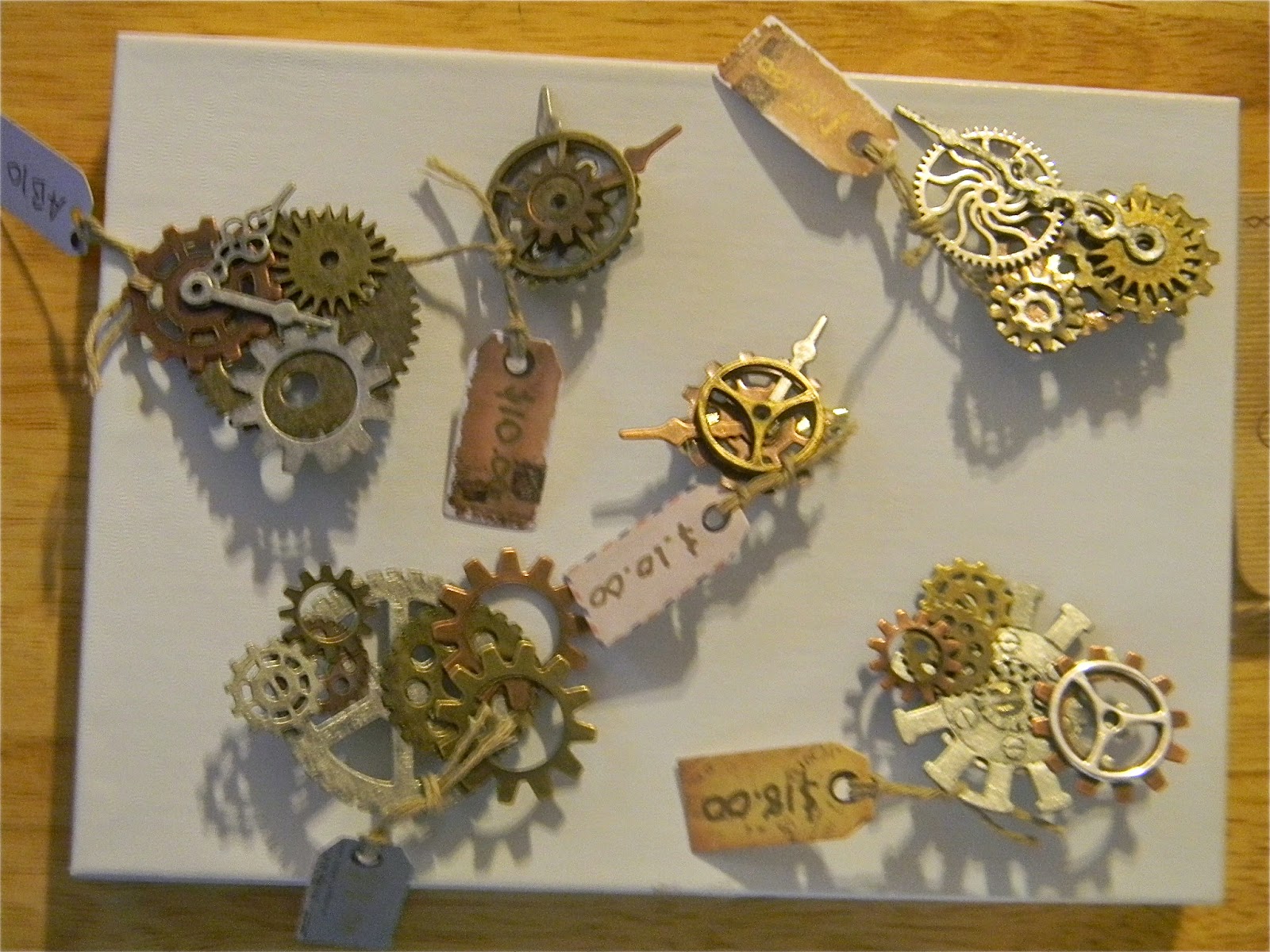 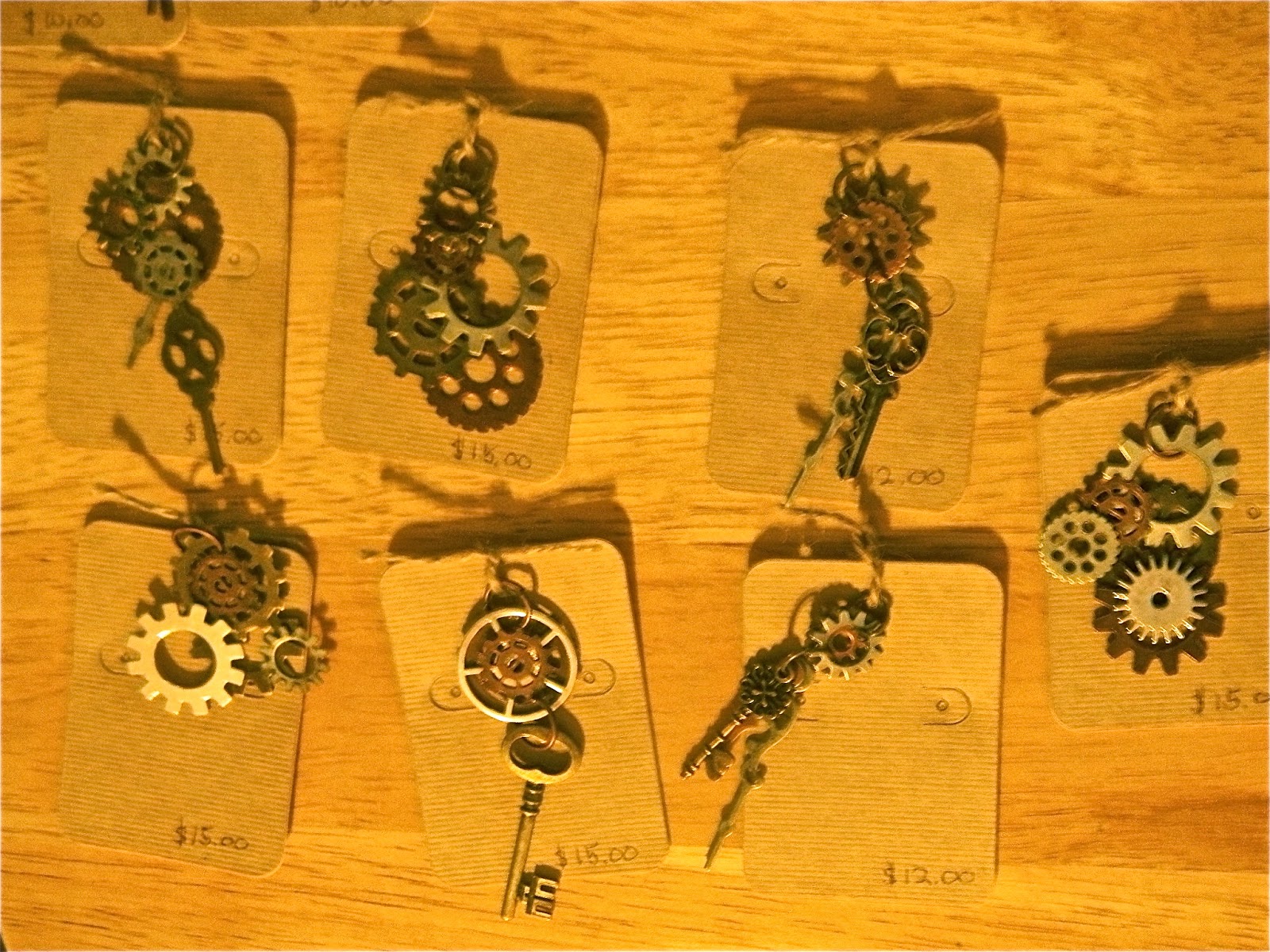 So, yes, if you live anywhere near enough to come, please do! The event's going to be a lot of fun, and I look forward to seeing you there! =)

So it's that time of year again! National Novel Writing Month! And yes, I'm going to attempt to make the 50,000 once again this year! It happened to fall at just the right time for me to start my new novel so I was very excited about that.

No big reveal for the novel this year, I'm going to be working on An Earthly King the second novel in the Modern Tales of Na Fianna series. It's going to be the sequel to Blood Ties which hopefully will be out this Winter!

Normally, I would be sharing Tuesday snippets with you, and I will share something every Tuesday, but I don't know how many snippets from this novel I can share without spoiling the first one. So Instead, I'll either do a snippet from Blood Ties to stick with the theme, or I'll do something fun like art or character interviews or something like that.

If anyone else is taking part in NaNoWriMo this year, let me know! I'd love to know what you're working on. It's a lot easier to get through if you have people to encourage you through it, making sure you're not just playing around on Pintrest or something :P If you want to look me up and be my Writing Buddy on the Nano website, I'm Artfulscribbler, same as my Twitter account. I hope to see you there! And best of luck with reaching your 50,000!