I know I promised this last month, but, well, one thing led to another and I just kept forgetting or putting it off, but FINALLY, I am very ready to introduce you to the new book I'm writing and my brand new cast of characters!

The Book: A Company of Rogues: a Michael Crandon Mystery-- Being the Misfortunes of a Retired Jewel Thief, a Young Con Artist, and a Romance Writer

That pretty much sums it up. Michael Crandon is a retired jewel thief living in 1930s London. He prefers to live a quiet life, having given up thieving after a heist went horribly wrong, and wants nothing more than to lie low, drink tea, knit, and go about his business--consulting for other thieves who need advice. Until one day, an old 'friend' shows up on his doorstep saying that the emerald necklace Michael had tried and failed to steal five years before has been taken, and his old enemy who worked with him on the original heist, thinks he took it and is out for Michael's blood. If that's not bad enough, young Will Reilly, a budding con artist, shows up at Michael's flat on the run from the same man who after him. Michael's quiet existence is shattered beyond repair, and he's forced to do something about it before he can go back to the life he had come to enjoy. So he decides (with much grumbling) to enlist the help of Reilly, his Russian friend, Victor, and Justine Aberline, a romance writer and Michael's sweetheart, to find the necklace before his enemies can catch him.


So, yes, I'm writing another mystery novel, but it is totally different from Anthony Maxwell. In fact, Michael is probably the polar opposite of Anthony in every aspect, which is what makes writing him after Anthony so fun. I've wanted to write a story about a jewel thief for a while--little did a know, that a jewel thief like Michael Crandon would cross my mind however. I had in mind that dashing rogue, but Michael is the cautious homebody, who never takes unnecessary risks, and might even come across as a coward on occasion.

I'm not really sure if I would consider this story a Noir, it doesn't have all the components of the actual genre Noir, but it's got the reluctant/antihero (for Michael is very much that) and the kind of underlying feel of dreariness, along with the theme of human feelings/condition. However, Michael's narration has a definitely sarcastic and witty undertone. It's definitely more of a character driven mystery than "A Case of Poisons" which was a plot driven mystery. There's a lot of realization and soul searching in Michael's story, and will be much more as the series progresses. There's underlying themes of insecurity and trying to come to terms with yourself. There's also the typical storylines I love to write about such as friendship, true love born of a natural easiness between Michael and Justine (as in, they KNOW they will always love each other, and don't worry about that at all) and of course father-son angst and fluff as well. 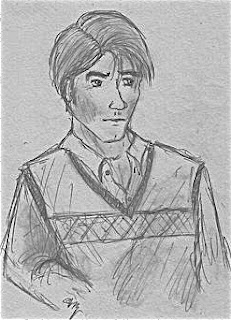 Michael is the protagonist and narrator of the story. He's an ex-jewel thief, and now consults for other thieves for a price to make his living. When he's not consulting, he's enjoying a good cup of tea or knitting, which relaxes him. 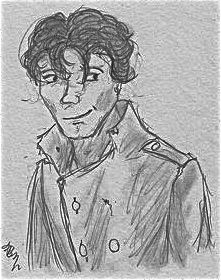 Reilly is a young budding con artist (though he's not very good) who got on the wrong side of Michael's old enemy, Randall, and was forced to seek help from Michael who he had heard offered thieves advice. Michael's not sure what to think of the young man, but Reilly tries his best to get into his good graces. 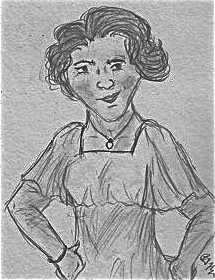 Justine is Michael's sweetheart, having met him while researching for one of her novels. She's also a romance writer under the pen name 'Phyllis Paperwhite'. She often helps Michael fix his problems, and enjoys random forays out onto the streets in disguise. 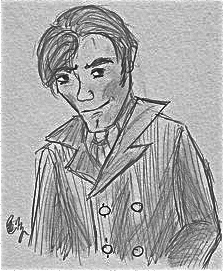 Randall is Michael's old enemy, having been the man who ruined the original heist of the emerald necklace and thus forced Michael  into an early retirement. He's a rich London celebrity whose random fits of rage are the only thing that betray the evilness under the rich playboy exterior. 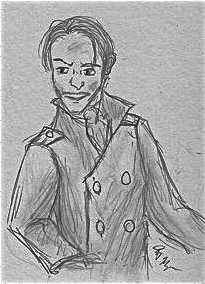 Dowd is a corrupt Scotland Yard inspector who nearly tracked down Michael's involvement in the first heist, but without any proof, could not convict him. In possession of a sadistic mind (and toadies who are just as bad) he enjoys tormenting Michael in the hopes he'll catch him at doing something illegal.

And now for a special treat, I'm going to share with you the first chapter! Please note that this is still in it's first draft stage, so content is subject to change. If you see any typos or have any suggestions, let me know! I'd like to get some feedback.

Chapter One
In which an “old friend” comes to visit

Also, I have released my formerly "secret" Pintrest board of Michael Crandon goodness, so you can now view that here and see all the awesome pics of the people I found who actually look a lot like my characters as well as other things from the book. I'll be posting more about Michael soon and will be writing a post about reluctant heroes as well in honor of him.