Tour Stop and Excerpt for "Keeper of Reign" by Emma Right 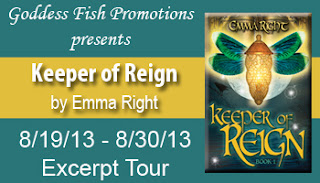 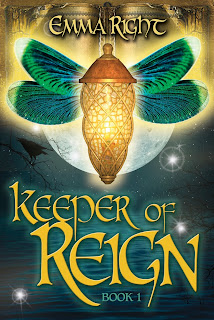 Sixteen-year-old Jules Blaze is an Elfie - half elf, half fairy, living in a cursed Kingdom. The Keepers, entrusted to protect sacred Books written in blood, have long forgotten their purpose and struggle with the effects of the curse.

Jules finds himself in the crosshairs of an evil lord bent on destroying Keepers and their Books. His mother is a Keeper and she has disappeared, along with his grandparents. His father is nowhere to be found, and Jules now finds himself alone with four siblings to protect and a house ravaged by the enemies.

War rages on all sides of his homeland. Agents and assassins sent by the evil Gehzurolle are determined to kill him. Jules must find an ancient book whose secrets are the only thing that could give him answers and save him, his family and his homeland. 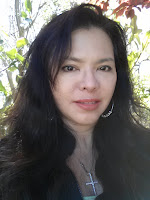 Emma Right is a happy wife and homeschooling mother of five. Besides running a busy home, she regularly reads and writes stories for children. An avid Christian, she enjoys writing stories with themes involving family-life, friendship, faithfulness, and seeking wisdom, all in an imaginary fantastical world. She has written several young adult novels and plans on writing many more. Right worked for two advertising agencies and has won several major awards, including the prestigious Clio Award. She currently resides in California where she takes care of her children and her many pets.

JULES PEEKED. THE intruder had a walking stick and was tap- tapping the stone floor as his feet shuffled across the library ground. Except or the light from his lantern, a rusty can with a stumpy candle within, the old library was as dark as a cave. He kept his lantern low, making it impossible to see his face.

He and Miranda turned their dragonfly lanterns off just as they’d heard the door creak open as it slid on its tracks. From behind a particularly dusty book, Jules peered at the dark form shuffling and waving his stick as though testing every bit of stone on the floor. Jules felt his nose tingle as the moments wore on.

Then it happened. He sneezed. The muffled explosion wasn’t loud, but in the dead silence of the library with only the intruder’s shuffling feet and the distinct tapping of the stick, it might as well have been a blast.

Instantly, the tapping and shuffling ceased. From almost nowhere the metal tip of a stick rapped Jules gently on the crown of his head. “Come out,” the intruder demanded, voice stern and angry.

Jules could hardly believe it.


Emma will be awarding a $15 Amazon or Barnes & Noble gift card to a randomly drawn commenter during the tour.

a Rafflecopter giveaway
Posted by Hazel West at 12:05 AM