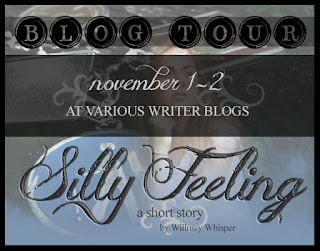 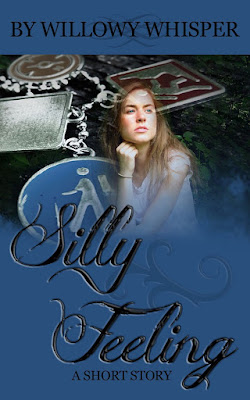 Church camp is one week. Five days. What could possibly go wrong? Nothing. She's just being silly...
But Hannah can't rid the feeling, and as the week unfolds, she wonders if perhaps it's not such a silly feeling after all. 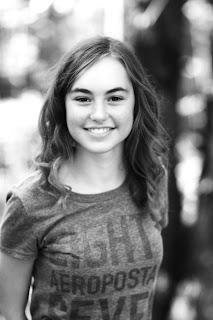 What made you get into writing? When did you realize you were a writer?

I first discovered my passion for writing when I was twelve. I was standing in the kitchen with my mother, and she told me that my cousin had started writing a novel. “I think I'll do that,” I had said to her. She got me started with a plot, and helped me with some names, but she never really thought it would go anywhere. She was wrong.

How did you come up with ideas for your stories?

It's hard to say, really. My mother has helped brainstorm plots for a few of my novels, but basically I think them up as I go. I'm not sure where it all comes from, but I usually just start with a slight idea and a charming character, and my story unfolds.

Probably Hannah. She is so much like me, in so many ways. Thank goodness I'm not as unlucky as she was. :)

What are some of your favorite books and authors? What inspires you?

I have so many favorite books that it would absolutely take a thousand years to list them. Probably some of my favorites are The Hawk and the Jewel, Loving Libby, and The Cape Refuge Series. My favorite authors are Lori Wick and Terri Blackstock, hands down.

What’s your next writing project (If you don’t mind sharing)?

I'm currently finishing The Letter (book 2 in The Hills of Innocence Trilogy) so my next novel will be the third book in that series. I have the general plot, but I haven't really worked out the details yet.

What is your favorite part of writing?

There's something so beautiful about having a story to tell—about having the sweet power to create and do anything you want, anywhere you want. About pouring your heart into words, creating a cover, then watching other people fuss and worry over your characters. It's a sweet feeling. A beautiful feeling. It's a feeling, in all other words, that can never be matched.

What advice would you give to aspiring writers?

Read and write. If you don't give it your all, you give it nothing at all. So many people set out with the goal to be a “writer”, but very few succeed, because very few are willing to sacrifice for their dream. If you truly want to be a writer—if you truly want to see your book in a store—if you truly want to get published, then you'll do whatever it takes, and that is WRITING. Writing all the time. I mean, ALL THE TIME. It can't be a hobby. It must be a passion. What would seem like a sacrifice to others, will come just as natural to you as taking a breath of air. If you really have a dream, you'll pursue it—and no one will have to tell you to.