This week I worked on sketching and painting the characters from my upcoming book, On a Foreign Field. I might add a couple more characters later, but these are the main ones and their profiles. Enjoy! 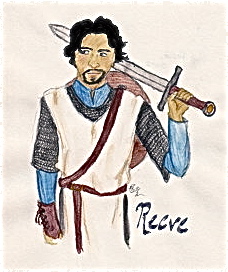 Reeve: Reeve is, of course, the hero of the story, the protagonist. He's an English knight who was captured by the Scots on the battlefield of Stirling Bridge. He trained as a squire with his uncle Horatio who was more a father to him than his own. Reeve's father is a rich nobleman and a politician and Reeve, as second youngest son, lost his respect when he wished to be nothing more than a "common soldier". Estranged from his family, he finds he might have more reason to stay with the Scots than go back. 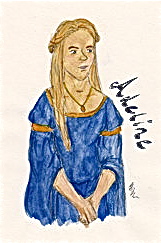 Adeline: Adeline is Reeve's sister. They both grew up without the favor of their father and this brought them closer. When Reeve left with the army to fight the Scottish rebels, she is dealing with the aftermath of a failed romance and she decides to go up north to visit her aunt where Reeve later reunites with her during a raid. 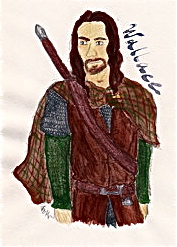 Wallace: William Wallace is the leader of the Scottish patriot army. He was made an outlaw after he killed Sheriff Heselrig who murdered his wife, Marion. Reeve had been told many stories about his recorded "atrocities" but the man he meets during his captivity in the Scottish camp turns out to be a passionate young man who believes in fighting for the cause of freedom. 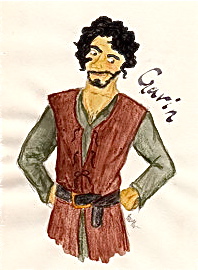 Gavin: Gavin is the man responsible for capturing Reeve at Stirling and loves to flaunt that fact at any chance he gets. He also loved playing practical jokes on "the Sassenach". However, despite his flaws, he's fiercely loyal and takes care of their small band of brothers as if they were those of his own blood. 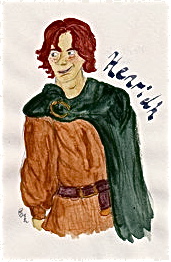 Henridh: Henridh is the youngest of the group--only sixteen--and is usually found following Gavin like a shadow. He enjoys practical jokes even more than Gavin and is usually joking or laughing at something. 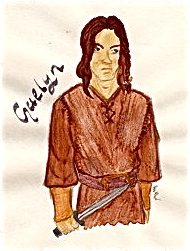 Gaelyn: Gaelyn is only a bit older than Henridh, but he's quiet and guarded and suffers from nightmares. He lives with the fact that his family was all killed when he was out hunting and he's the only one left. He lives for the day to find the man who did it and exact revenge. 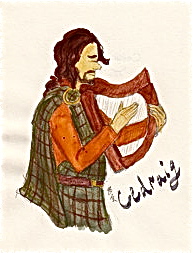 Cedraig: Cedraig is the last member of the tight brotherhood that surrounds Wallace, he's an Islesman and plays an Irish harp. Besides being the camp harper he is an accomplished healer and cares for the all the injured as well as offering advice and support to the younger members of the group. 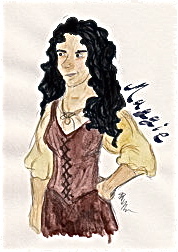 Maggie: Maggie (Or Margaret) is Gavin's sister. She's just as fiery as he is and equally loyal. Upon meeting her, Reeve is shocked to see how different she is from the English women he had always known and is undecided about what to think of her. Maggie, in turn, thinks of him just as a "Sassenach" until he earns her respect through a trial of arms. 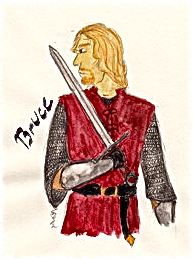 Bruce: Robert the Bruce is a young nobleman who is torn between loyalty to his father and loyalty to his own feelings. Wallace tried to win him over to the Scottish side several times, but despairs when Bruce continuously reverts back to loyalty to Longshanks the English king. Will he ever decide to join in the cause of his own country whose throne is his by rights?

Email ThisBlogThis!Share to TwitterShare to FacebookShare to Pinterest
Labels: art, characters, historical fiction, my books, On a Foreign Field